For all young and not so young women who may have ever been inclined to become a pilot, then this Museum is a must see when you visit Oklahoma! This blog especially for you my 'Royal Australian Airforce Pilot to be' Miss Curstin Prentice.

This museum located at the Will Rogers Airport houses the largest collection of artefacts and material dedicated to women pilots not only in the USA but makes mention of other women being the first in their country and yes Australia is featured with our very own Millicent Bryant and the more famous Nancy Bird-Walton.

The wall of wings is beautiful the floor has the representative mark of the “99's” pin (minus the propellor) and the stained glass detail done like clouds is a gorgeous dedication. 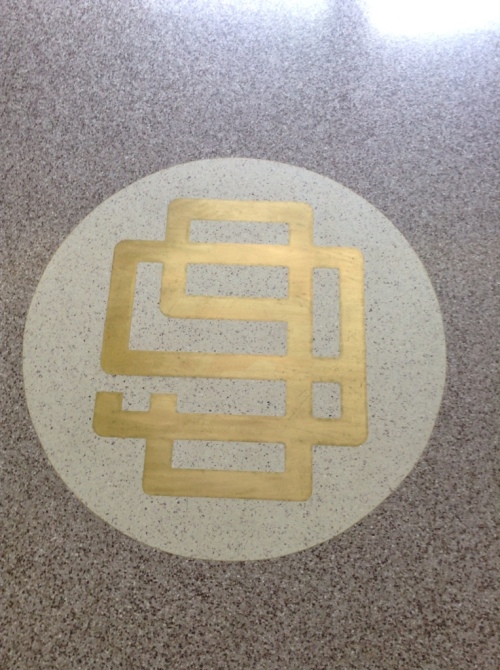 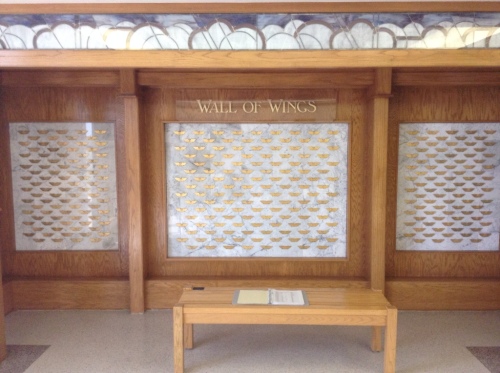 There is a lot on Amelia Earhart, WWII WASP, the “Powder Puff Derby” and much much more.

In 1911, Harriet Quimby became the first ever licensed woman pilot in the USA and was well known for her cameo like appearance and her purple satin flying suits. She became known as the 'Dresden China Aviatrix'. 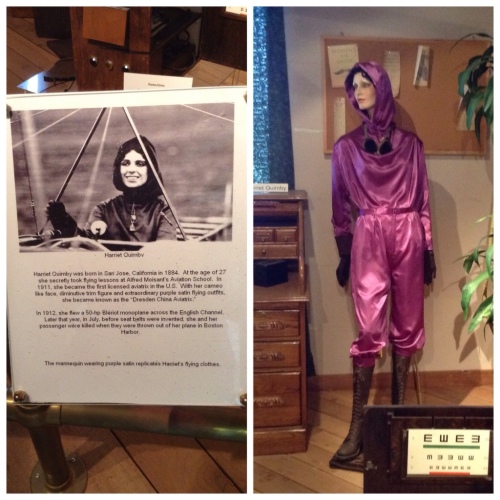 The “99's” were founded in 1929. The name of the organisation came about from the number of licensed women pilots who first joined as a group. (Therefore an original 99 women out of 129 then registered women pilots?) others joined the club as they became registered. 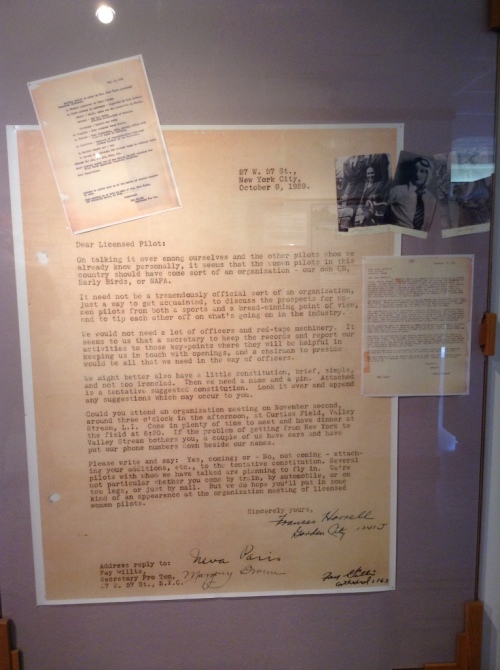 They created a gorgeous pin as well that was made by Tiffany's no less, with an order of 25 minimum they could get gold plated ones without diamonds for $3 and with diamonds for $6 each 'if the ladies were in a spending mood'! 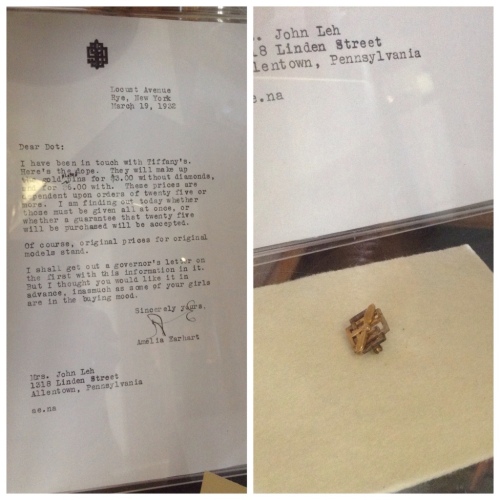 The first air race derby participated in took a total of 9 days. It was dubbed the “Powder Puff Derby” by Will Rogers, obviously known to be humorous, is said to have caught the ladies looking in their compact mirrors prior to the race. 20 women participated, some finished, some were lost due to illnesses, engine difficulties and even a death from carbon monoxide poisoning. (Marvel Mosson if I'm correct) 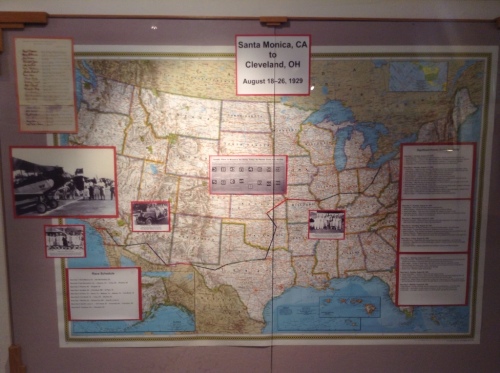 They flew from Santa Monica in California ending in Cleveland, Ohio.

A few of the women went on to design appropriate women's flying clothing, like flying suits, jackets and luggage (Amelia Earhart) and the “Foltz-Up” (Edith Foltz), a skirt that folded up into a tunic top whilst flying and then could be quickly converted back to a skirt over your britches when you disembarked from the plane! 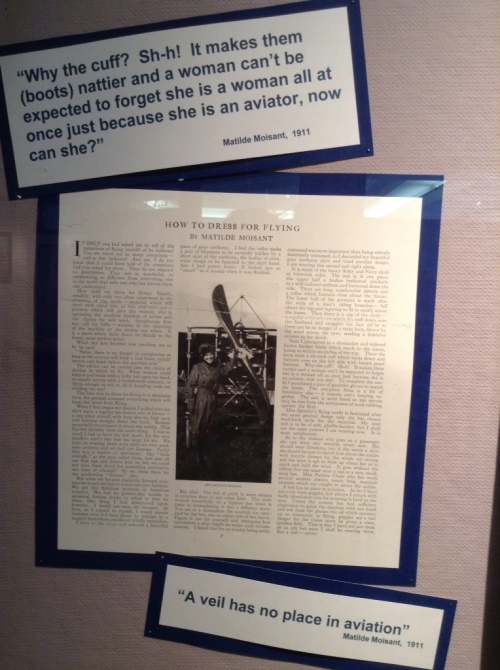 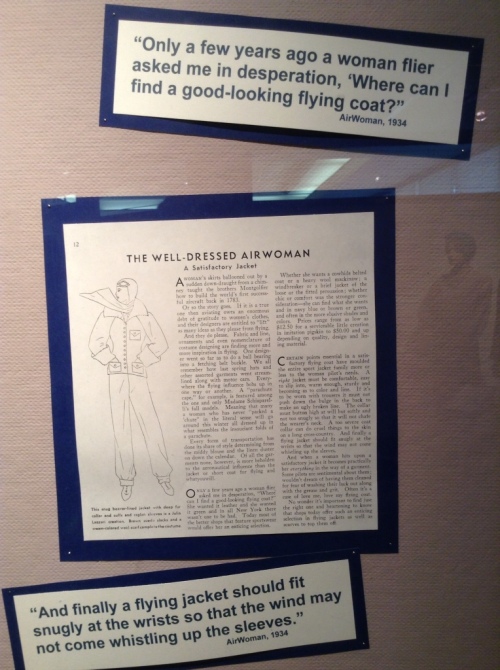 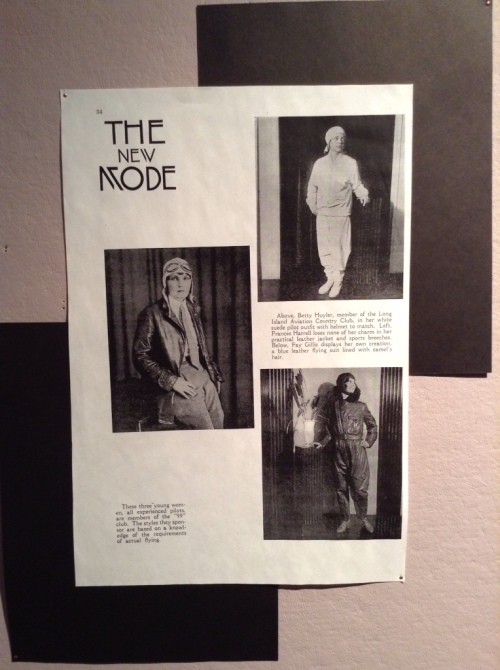 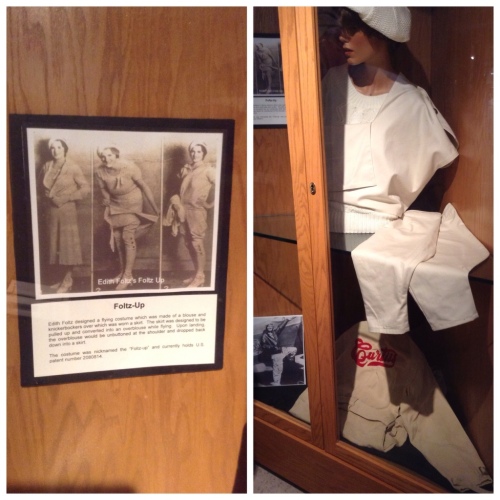 There was so much more that I will put the rest of the photos in an album on Facebook. If you are interested in finding more about the Museum or the 99's click on the links below.
http://www.museumofwomenpilots.com
http://www.ninety-nines.org