After losing 40mins at the beginning of the trip to roadworks, Darius Rucker tunes took us on down the highway down the south east of Oklahoma bringing us to Clarksville, Texas. 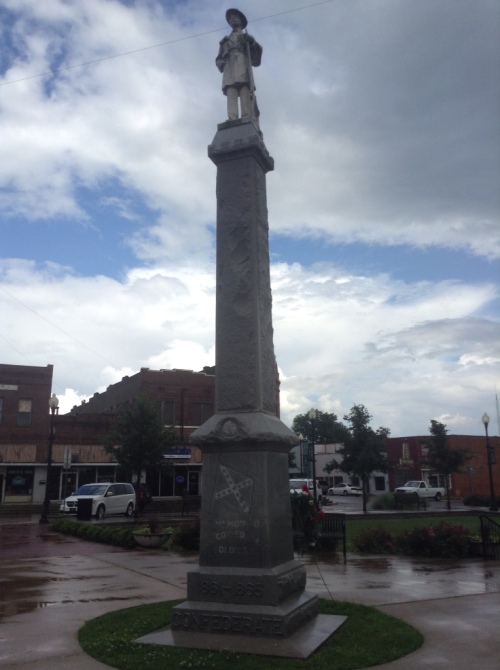 We will be here the next few nights catching up wih more friends for the SASS Senior Games at the Badlands Bar 3 ranch. 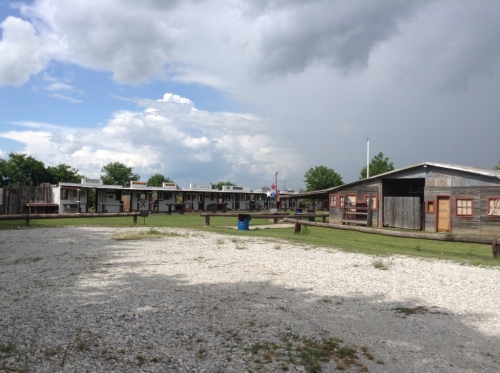 Few clouds in the sky but hopefully any slight showers will stay away for a fine weekend of fun and entertainment! We will see 'Texas Mac' and 'Texas Flower' this weekend, it's been almost 12 months so will be good to catch up again.

I had no car projects this trip! What was I to do….read, sleepppp, oh and then read the next lot of pattern instructions. Yep that worked.

……….. Okay so it's been a few days since I started this, we passed the seemingly 'abandoned' Motel on Thursday evening and headed to the range. Caught up with a few people and then back to the Motel where we found Mac n Flower and eventually 'Ranger Star' and 'Ed Seager Texas Ranger' showed up, we had a few drinks and headed down to the Italian restaurant, yum!

To my shock, horror, and little bit of amazement said Motel had no wi-fi! Ahhh! 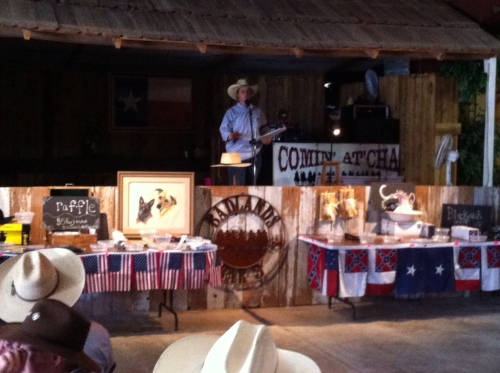 Badlands Bar 3 was set for a good show, damp but very green compared to when we were last here in 2012. Rain does not stop cowboys!

Thurs night, rain, Friday morning, rain, couple of showers on and off through the day but side matches were still held, washers game in the barn and corn toss on the porch of the first few ranges. Great fun! 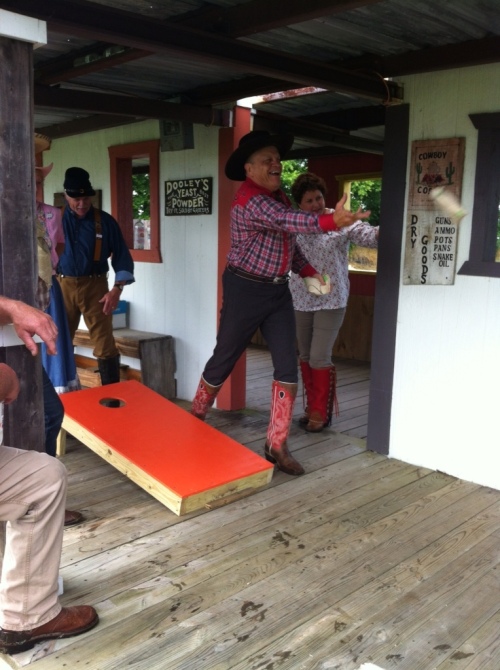 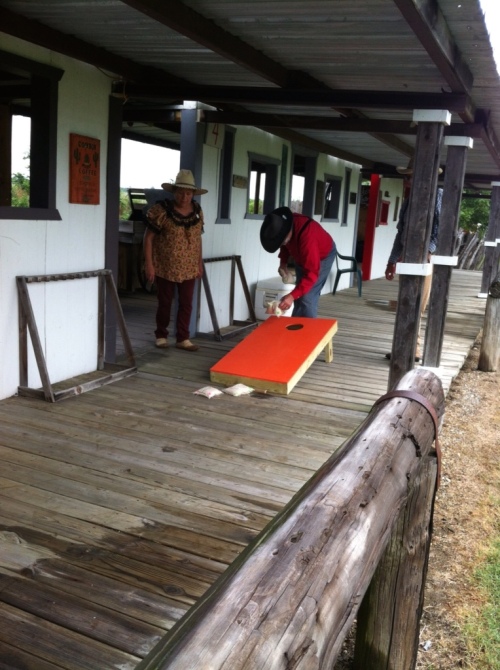 Saturday first 5 stages were under way with quick fast and fun stages. Followed be a slightly damp and very humid afternoon it was into the barn for Black Jack and try and win a .32 derringer. 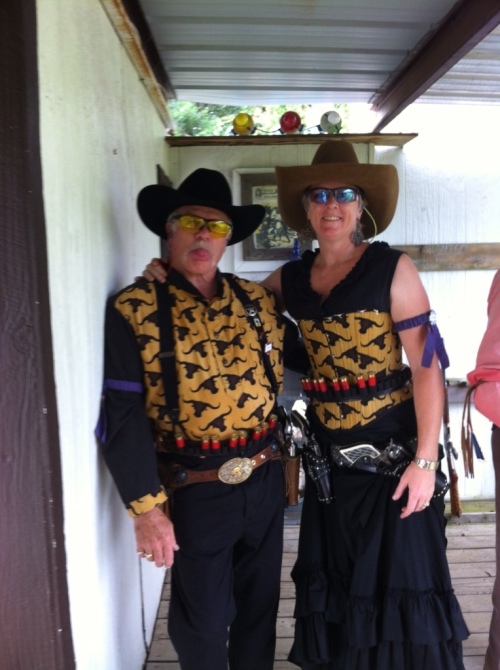 The evening consisted of side match awards, Jackaroo having slightly too much to drink making for a very merry evening, designated driver I soon became! Music, dancing, good times. (And pic above is prior to drinks, only decent one of the two of us)

Sunday it was back into the last 5 stages which we finished by lunch with only 1 slightly damp stage. Subway lunches for all and then into Awards. 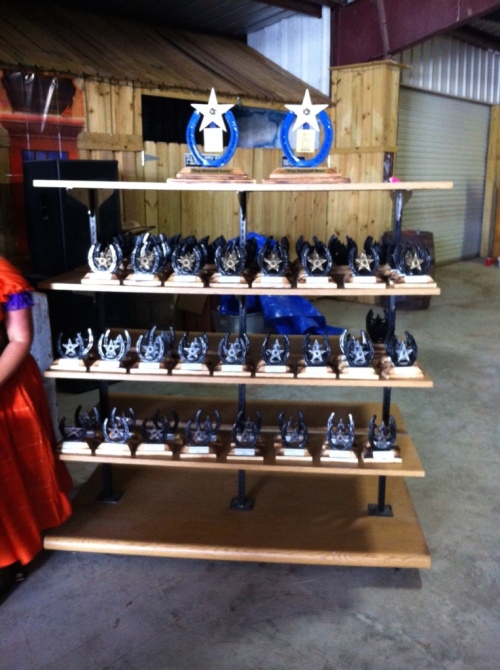 Good job by all those involved with extra big thanks to 'Kow Katcher' and 'Bent Barrel Betty' for their tireless efforts all weekend and 'T-bone Dooley' for the use of the Bar 3 Ranch.

Oh yeah, and we both came in 2nd in our categories and won a few side matches! Yee haa! 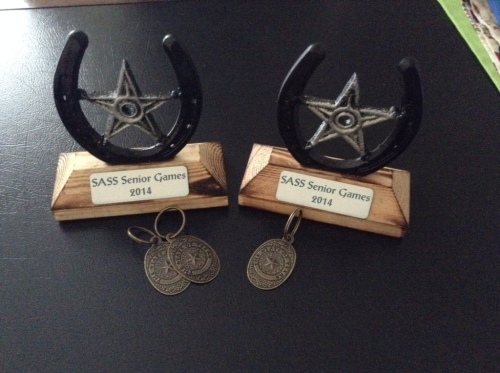