Back to Texas for another match and by crikey's you can really see the effects of all the rain and flooding that has occurred the past couple of weeks. Rivers are way, way up and driving through to Palestine the Trinity River has well and truly broken its banks.

The 2015 TSRA (Texas State Rifle Association) is being held at the Oakwood Outlaws Range. I'd forgotten how quaint this range is and the details they have, like the good ol' boys country music playing in the background as you walk the line of stages. Beautiful trees, great facades and buildings.

Whilst we shoot, and you will hear it in some of the videos on Facebook, there is anything from Marty Robbins, Frankie Lane, western movie soundtracks to name just a few.

Friday was Wild Bunch with around 20 competitors completing 6 stages and then the afternoon with the sun out and the humidity rising, it's time for side matches – I call it, get your hands back working in full cowboy mode.

After that I spent time measuring Flower for a new gown – but that's a whole other story and we will get to that one later. Suffice to say that it was more than the usual measures (gosh I'm even starting to talk like the instruction book) and will be used with The McDowell Garment Drafting Machine!

So Saturday comes with a potential storm at the time of opening ceremonies but with a breeze and a clap of thunder it was gone. Overcast skies turned into sunshine and so began the 2015 TSRA State Match. 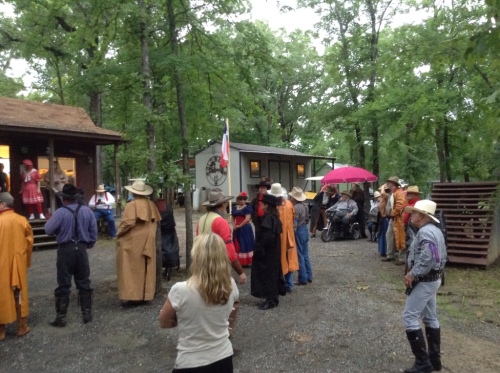 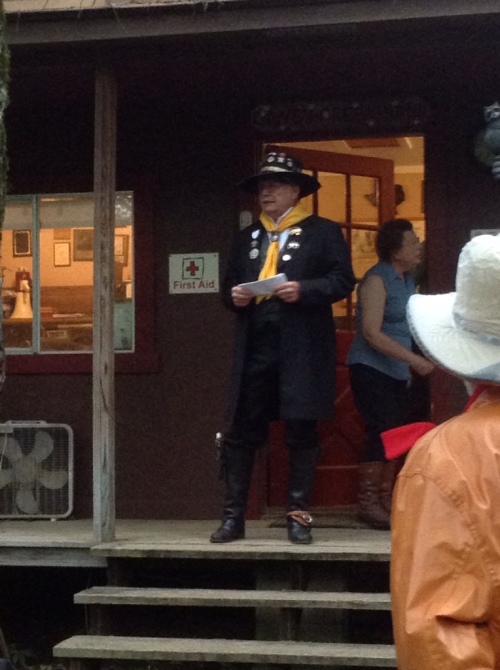 With 6 stages completed we are now into Sunday. There are 4 stages left with awards to be held after lunch.

(At the time of writing we are on the way to the range Sunday morning, perfectly sunny and clear skies today with 97% humidity)

We were head long into completing the last four stages. Lots of laughs, a few oh dear's (or words to that effect) and it was 'all over bar the shouting'. (That's an Aussie term, I don't think I've heard it said here in our travels)

Awards and raffles were done and before you know it we are holding out for the top Cowboy and Cowgirl. Honours go to 'I Reckon' and 'Spur Broke! 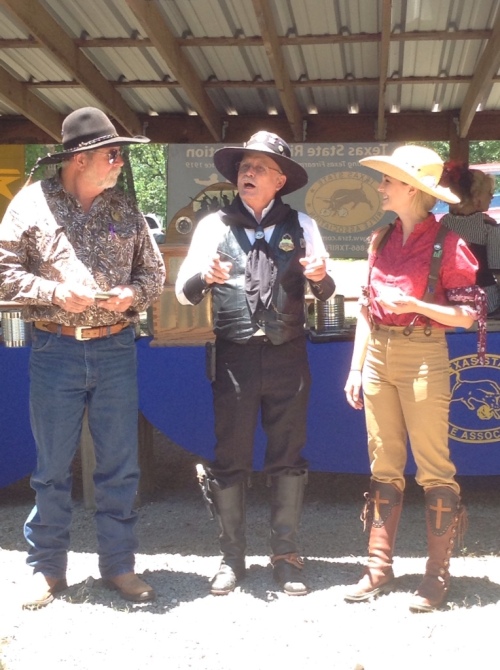 Jack finished a very credible 8th Place and I was in 21st Place (ouch, too many misses and a P!) Had a good finish in Wild Bunch and beat the men's Traditional shooters!

We had a blast as usual and will see many of the pards at End Of Trail.

Thanks Texas Ghost and Oakwood Outlaws – among many others who assisted – great shoot.

(The week got away on me, been flat out like a lizard drinkin') 🙂