Travelling through Missouri we see a sign for a Jesse James, Wax Museum.

On the old Route 66 and adjoining the Meramec Caverns, once a hideout for Jesse James. 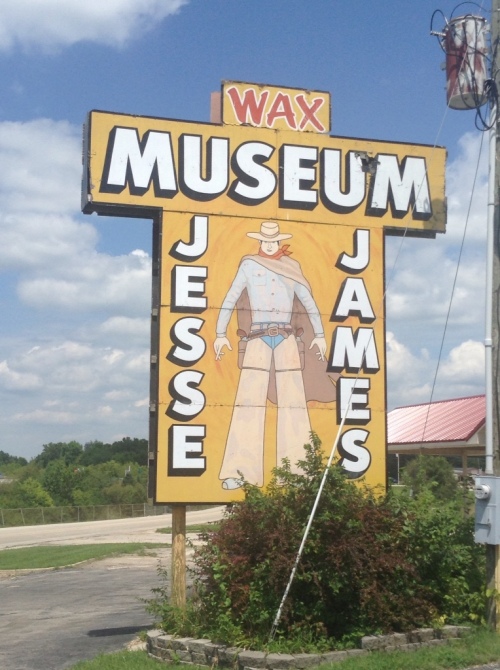 Jesse James and his brother Frank joined the Civil War in 1861 at a very young age. Whilst serving in the war they basically learnt to kill. They met Bloody Bill Anderson and William Quantrill thus becoming part of the Quantrill Guerillas rogue gang.

Meramac Caverns near Stanton, Missouri was one of Jesse James hideouts, famous now from Route 66 days. The entrance to the caverns able to fit 300 cars and a dance floor! I'm sure that's NOT what Jesse and his gang were doing back then!

Now this little museum is about….well maybe….that Jesse didn't die early on but that he lived to be 103, passing away in 1951. His cook and other gentlemen attested to this around the time of his 102nd birthday. Including a Colonel that he had known during the Civil War and around the time of his supposed 'staging' of his death.

It was said to be proven that the exact 8 markings on Jesse's body were examined and identified in 1951. A Mr Turilli (having written a book and given many public accounts) knew Jesse James for 2 years, otherwise records show he did die in 1882.

Included in the Museum are some gorgeous antique artefacts and wax figures. The antique post office was apparently the most frequently robbed in the state of Missouri.

Jesse's first daylight bank robbery took place on Feb 13, 1866 he had already done plenty prior to this. It was also the first recorded bank robbery in US history. The stolen amount was reported to be in excess of $60,000.

The man using the name J. Frank Dalton (take from those names what you will!) living in Lawton during 1948 and at the age of 100 claimed to actually be Jesse James. There is no actual record of a J. Frank Dalton. 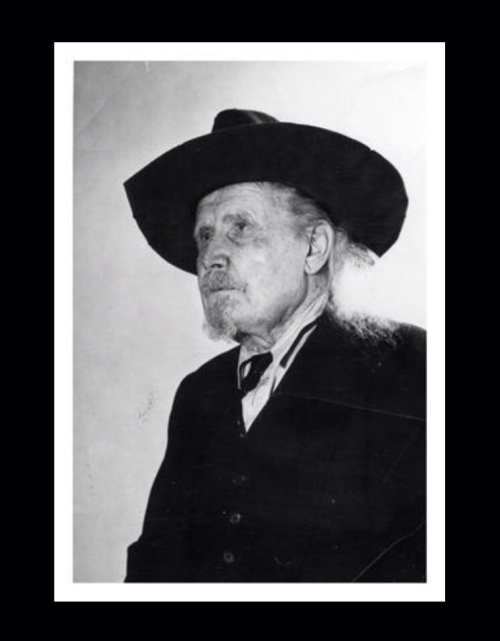 There is a photographic aging picture without any digital change, just morphed, definitely looks like a much older Jesse James that's for sure. Truth? Or Fiction? You be the judge.

P.S. Unfortunately could not take any pics within the museum. The price to enter was a bit much for what it was but very, very interesting to say the least.