After a week of nothing, we had to do something! By nothing I mean no shooting! Lol! 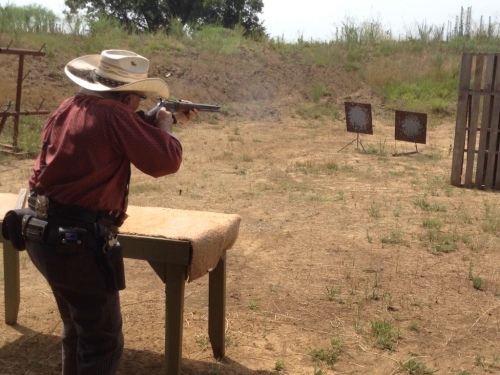 We headed to Cushing, Oklahoma to Scott Wayne's range and along with 12 other keen beans – with about two thirds having just arrived back from Hell On Wheels in Wyoming, or End Of Trail in New Mexico – it was apparent that we just couldn't get enough. 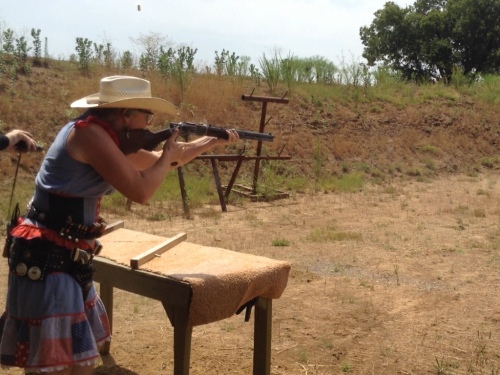 It was hot and humid so actually a little more uncomfortable than the dry heat of New Mexico. 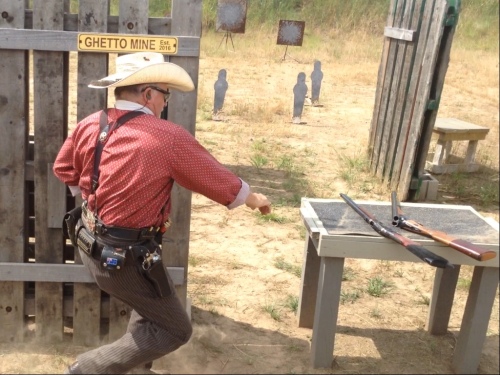 I swear you would not have thought some of us had even appeared at the World Championships after some of our stages but we kept smiling and just laughed it off none the less. 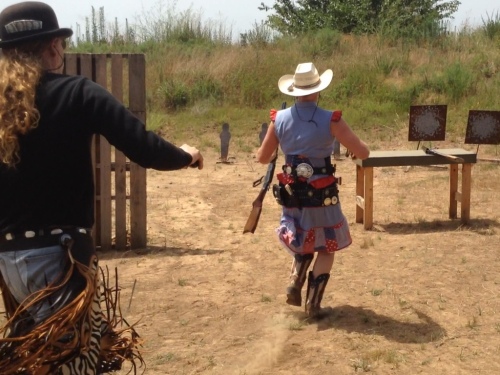 After 6 great stages, a split pistol stage, a run-down, a 'take your shotgun' with you stage, we finished up with hotdogs and chatter before taking the one hour drive back home. 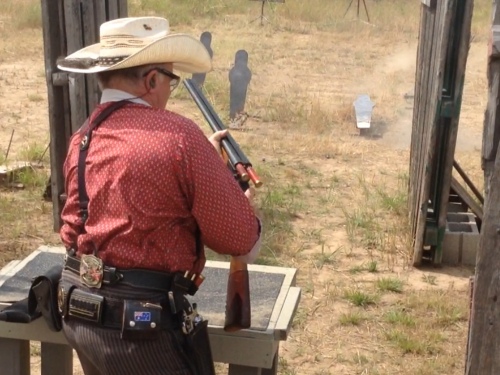 Thanks Scott Wayne for a great Sunday morning! 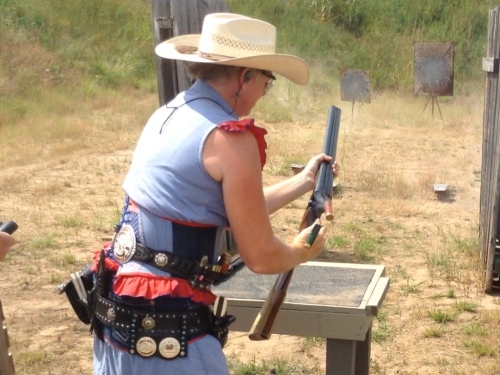