This morning after a fabulous breakfast and great hospitality from our hosts, we hit the road again and headed out for Kansas City.

We are visiting Union Station, just across the border in Kansas City, Missouri.

What a grand old lady is Union Station, with beautiful architecture, ornate ceiling rosettes, grand chandeliers AND Harvey's – a restaurant that once upon a time was a Fred Harvey house. I have a bit of an obsession with Harvey Houses.

Now there is Science City and a current exhibit of Mummies showing but we headed for the 2nd and 3rd floor history exhibits.

Union Station as it is today, replaced a smaller Union Depot that had served the city since 1878. The bigger station was built in 1914 on a new site away from floodplains just south of the central business district.

There are fabulous old photographs, information boards and displays of artefacts on the two levels overlooking the Grand Hall. 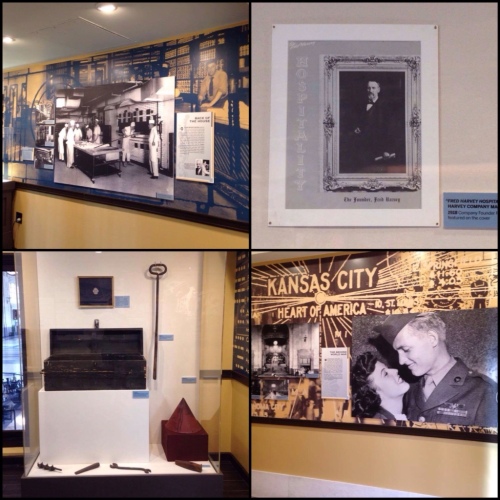 Mementos from special exhibitions are also on display along with information regarding the National Memorial and WWI Museum. The view across the lawn and fountain area to the Memorial is mighty fine. Landscape designer, George Kessler, indeed planned a beautiful city back in the late 1800's-early 1900's. 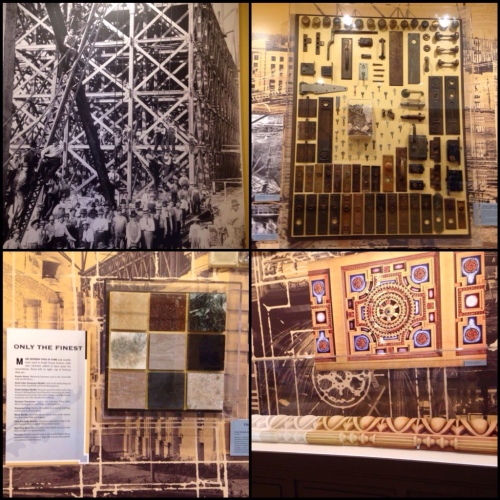 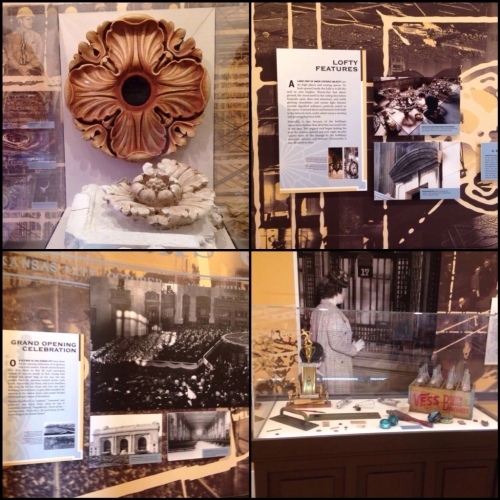 With a visit to Harvey's for extra breakfast (lol, don't need lunch! Have a go at the size of Jack's pancakes!!) we rolled out the door and back to the car to head further North through Missouri and into the state of Iowa.

Iowa is another new state to visit. We took a quick pit stop at Lamoni at the Welcome Centre and Amish store. I thought the buggy and horse were a statue when I saw the buggy parking sign! Lol! The horse must have realised the blonde needed an acknowledgement and with a turn of his head I realised it was real! 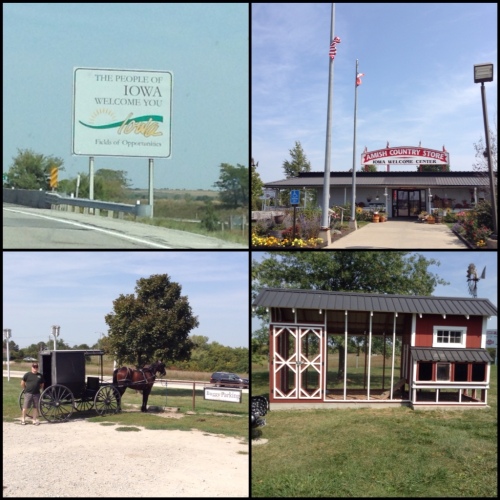 How fabulous Amish stores are with all their homemade and harvested fruits, vegetables, grains, and spices. Jack scored some Fig Jam and we got some awesome licorice wheels, YUM! 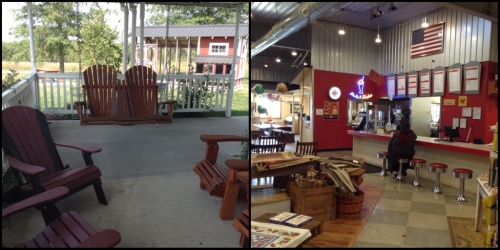 I head to the other end of the store where there is a neat little cafe set up and more goods. In the meantime, Jack perusing the information stand, finds the John Wayne Birthplace and Museum brochure. Winterset here we come!

Born Marion Robert Morrison on May 26, 1907, John Wayne is one of the most recognised western actor's history has seen.

This small museum has a theatrette, a gallery with costumes, guns and other items used in films he starred in. It has one of his last customised cars on display, a buggy and beautiful panels from the ballroom in The Shootist.

The wax statue and painted scenes of Monument Valley are excellent. Monument Valley lends the perfect western landscape to many movies. Director John Ford made John Wayne a star in 'Stagecoach' in 1939. John Wayne directed and starred in 3 other films in Monument Valley – 'Fort Apache', 'She Wore A Yellow Ribbon' and 'The Searchers'. 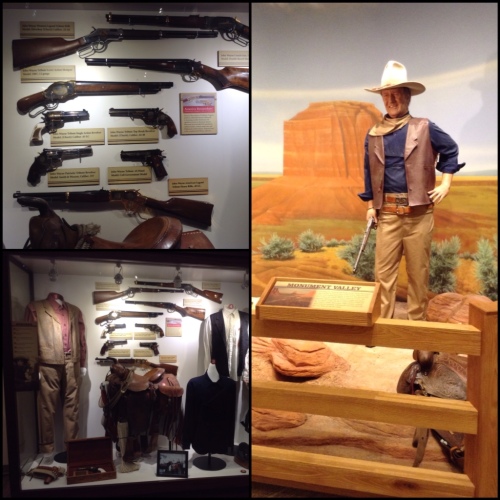 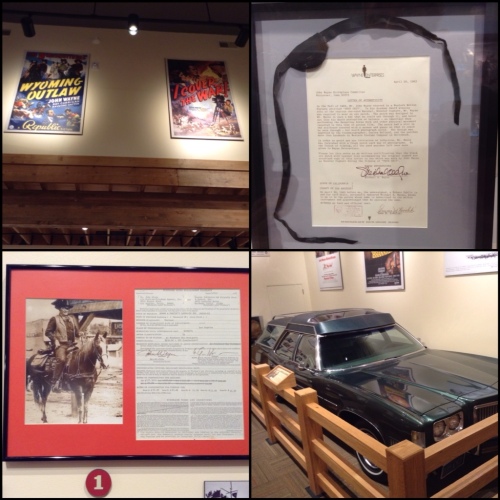 The sweet little 4 room house and birthplace of John Wayne sits on it existing site just round the corner on the same block as the Museum and Gift shop. It has been restored and includes period furniture of 1907 when he was born.

Then it was back on the road!

We need to be in Faribault, Minnesota y'all!