This morning we headed for Santa Monica, taking in the sights of Venice Beach along the way.

The Hop On and Hop Off Bus service is great and we were able to pick it up not far from the hotel.

Marina del Rey has lots of money tied up in yachts and luxury motorboats. It is the largest small boat marina in the US. When it was first built and dredged by the Army Corp Engineers in the 1940’s it was the largest small boat marina in the world. The county owns all the land in this area and receives rent for all the properties developed here. This keeps it viable and profitable.

This stop we change buses and started the next leg from the marina to the coast.

Driving through the streets of Venice to Santa Monica you’d be forgiven for thinking we were somewhere like Byron Bay (on steroids). It’s an eclectic mix of shops and street art, people walking their dogs, exercising, bike riding, skateboards etc 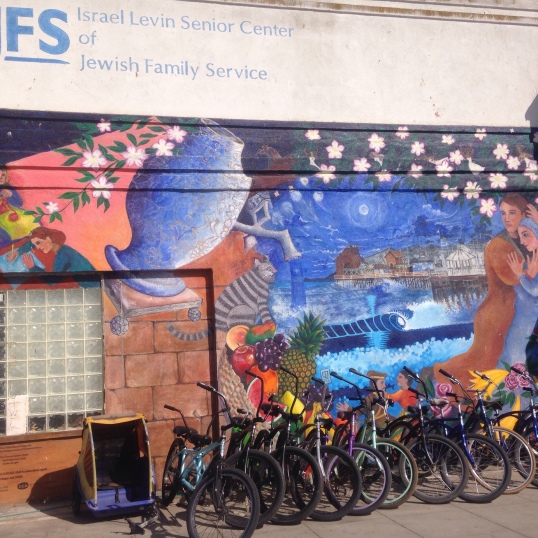 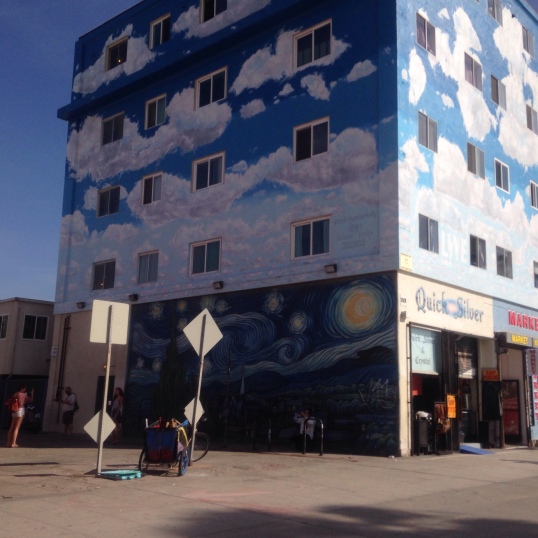 I imagine this place would be packed during the summer months and would be very limited on parking areas. Unlike the almost empty car parks at the moment.

Next stop Santa Monica Pier and the end of Route 66. 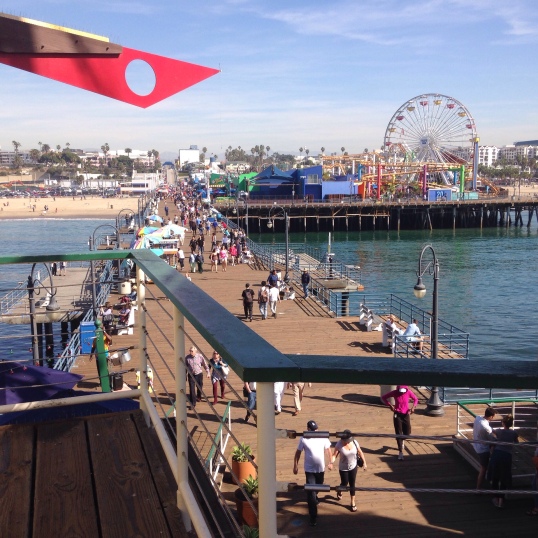 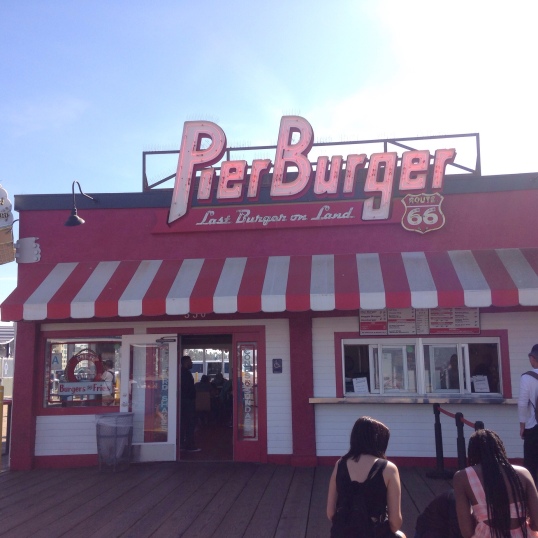 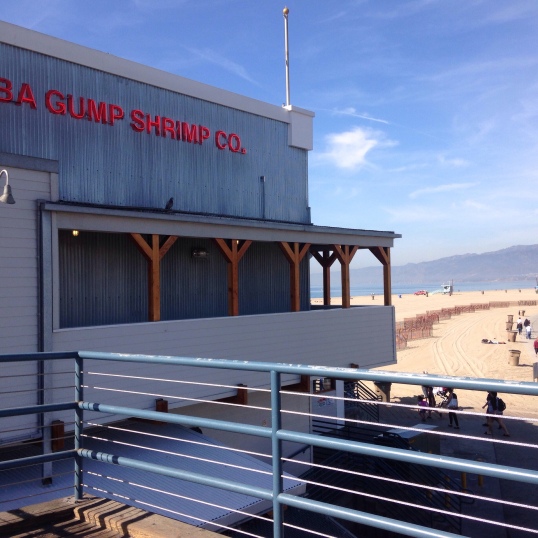 The Merry Go Round has since been designated a National Historic Landmark, the building itself is old and beautiful but the Wurlitzer player and merry-go-round are exquisitely preserved! 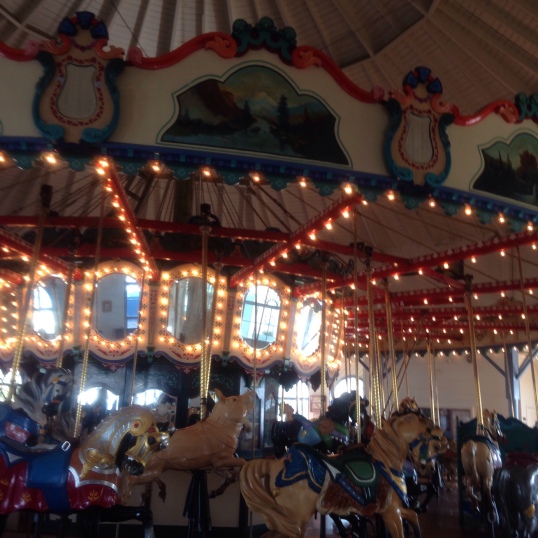 We then walked from here along the pedestrian path all the way to Venice Beach, this we did not enjoy so much. Full of interesting people selling unusual and for the most part ‘crap’ wares. There were some who had really decent artworks though. I do however understand their need for trying to make some money and for that I give them credit for. 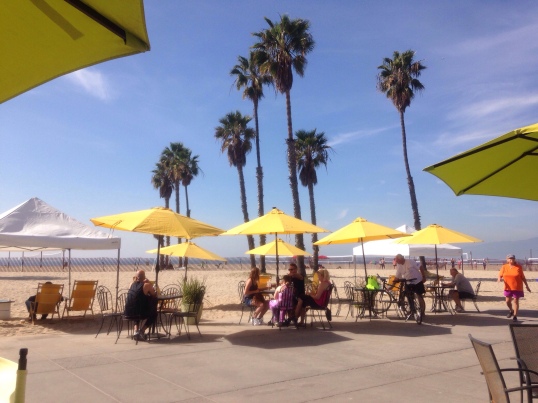 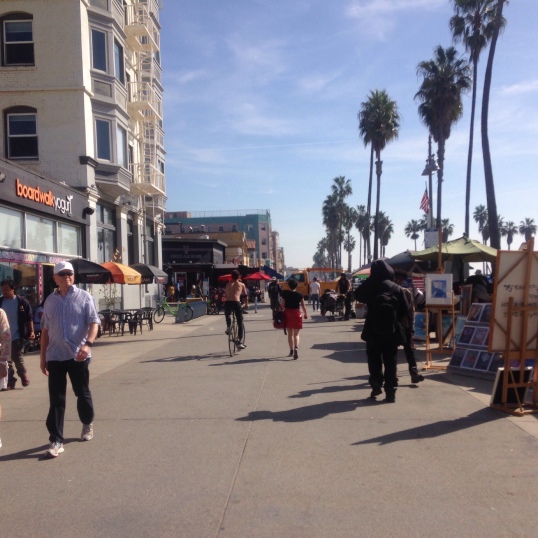 We didn’t even make it down as far as the ‘muscle’ Beach for which we have seen in movies. We decided to get up off the strip and onto the main road to catch the bus and were thankful for where we had got to with the bus approaching the stop as we arrived!

We were ready to get back to the hotel, retrieve our luggage and relax for the afternoon.

For now, we are resting easy in the lounge, having checked in, a few drinks and showered waiting for our flight.

Aahhhh life is good! What another fabulous day with my darling Jack, filled with adventures at many a twist and turn!