As we left the Ivinson Mansion we headed towards the railroad and found the historic Old Buckhorn Bar.

Established in 1900, it is Laramie's oldest standing and most historic bar. It has the gorgeous, heavy timber carved, mirrored bar back. There are a number of taxidermy heads placed around the walls with antique firearms and signs.

A bullet hole features on one of the glass panels, enquiring minds had to know the story behind this. Alas not from an outlaw's gunfight but a disgruntled ex decided he would take a 30/06 and fire it towards his ex girlfriend in the 70's after they broke up. She survived, the original mirror panel still remains and now it's on a tshirt! A bullet hole glass break pic with 'I survived the Buckhorn Bar'. A beer and we head off to find one with food.

Around the corner is the Crowbar Grill. A neat little place, great food and a nice Belgian White Passionfruit beer. The place was packed on this 4th July considering the rest of the town was very quite. 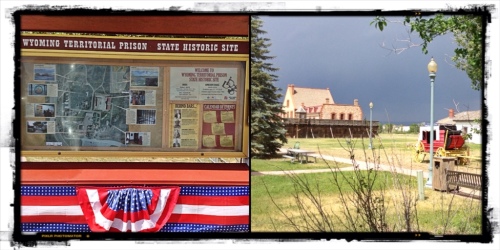 Before entering the Prison building itself we viewed the Warden's house built in 1875 by inmates it was constructed with 4 bedrooms, a kitchen, dining room and basement. 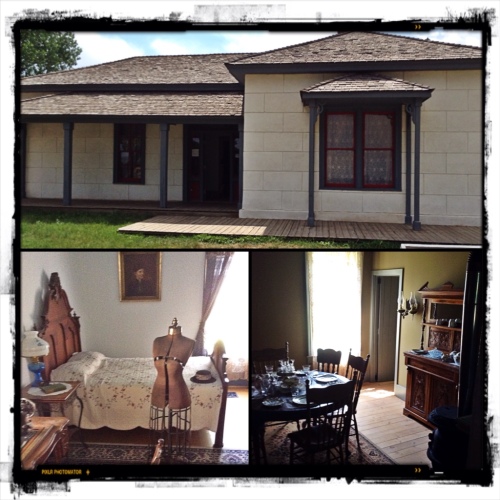 This is a self guided tour into the prison and features furnished cells, guards quarters, dining area, laundry room, an infirmary and the women's quarters. 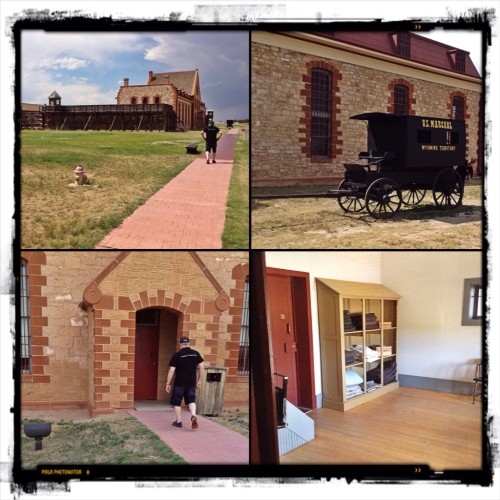 The first room in is the processing room where prisoners were fitted with their black and white stripe uniform. Rules and regulations were cited to each prisoner regarding bathing, airing bedding, hygiene etc.

The walls are hung with pictures of prisoners who were here, information regarding the prison conditions, the locking mechanisms for cells, etc.

The Wardens office had also been restored back to 1890's glory. Faded patterns on walls were found and subsequent reproduction of exacting color's and patterns for wallpaper were used in the restoration.

Before the erection of the stockade and the calling of the mountains to the west 25% of the prisoners in 1875 escaped. The stockade prevented some but there is record of at least a few scaling the stockade wall and escaping. 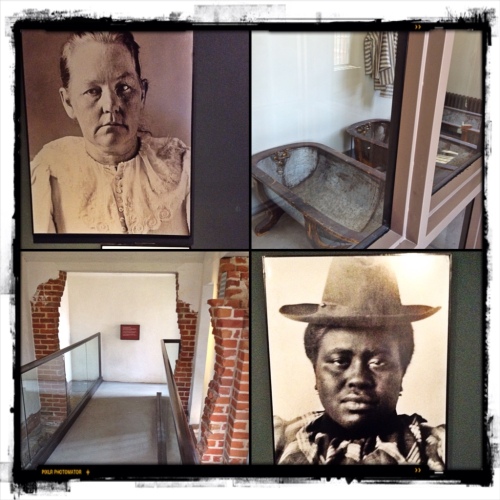 As you move through the additions of the prison there are preserved excavation sections, an exhibit on Butch Cassidy. A very well presented display on the man, the myth, the legend, the Pinkerton Detective Agency, an 1888 blown up safe, and more. 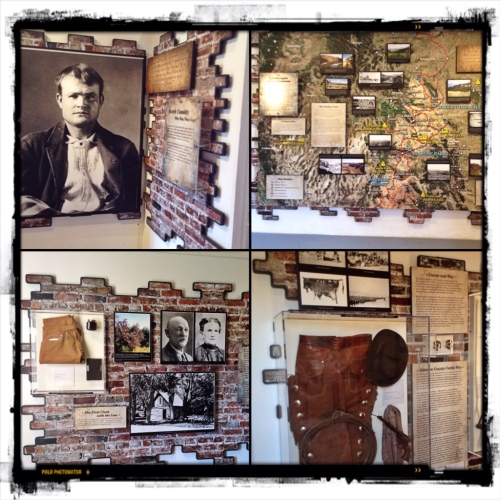 In 1882 the first wing on the broom factory was built and later further additions plus steam pipes heating instead of wood and coal were implemented.

The broom factory building and equipment are still original except the flooring was replaced. Brooms are still made here during exhibit displays and are sold within the gift store.

Now in Part 1 I had referred to John Hjorth, the Swedish architect/wood carver. Two of his furniture pieces are on display here – a table and a bench. Other pieces made by prisoners such as horsehair woven hatbands, halter's and a very intricate model ship. 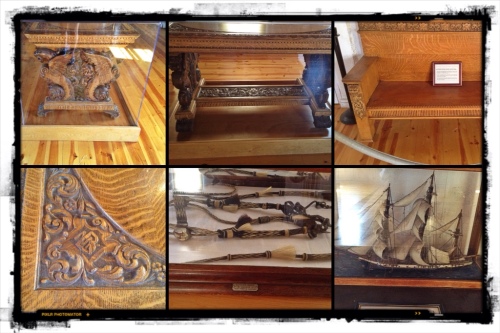 A great site which has another small town section that we didn't go into. Definitely worth a visit!

What a great way to spend Independence Day in Laramie, finished with dinner, cupcakes and fireworks looking like glitter against a burnt orange sunset.

Thanks to my darling man and a spectacular Wyoming backdrop!